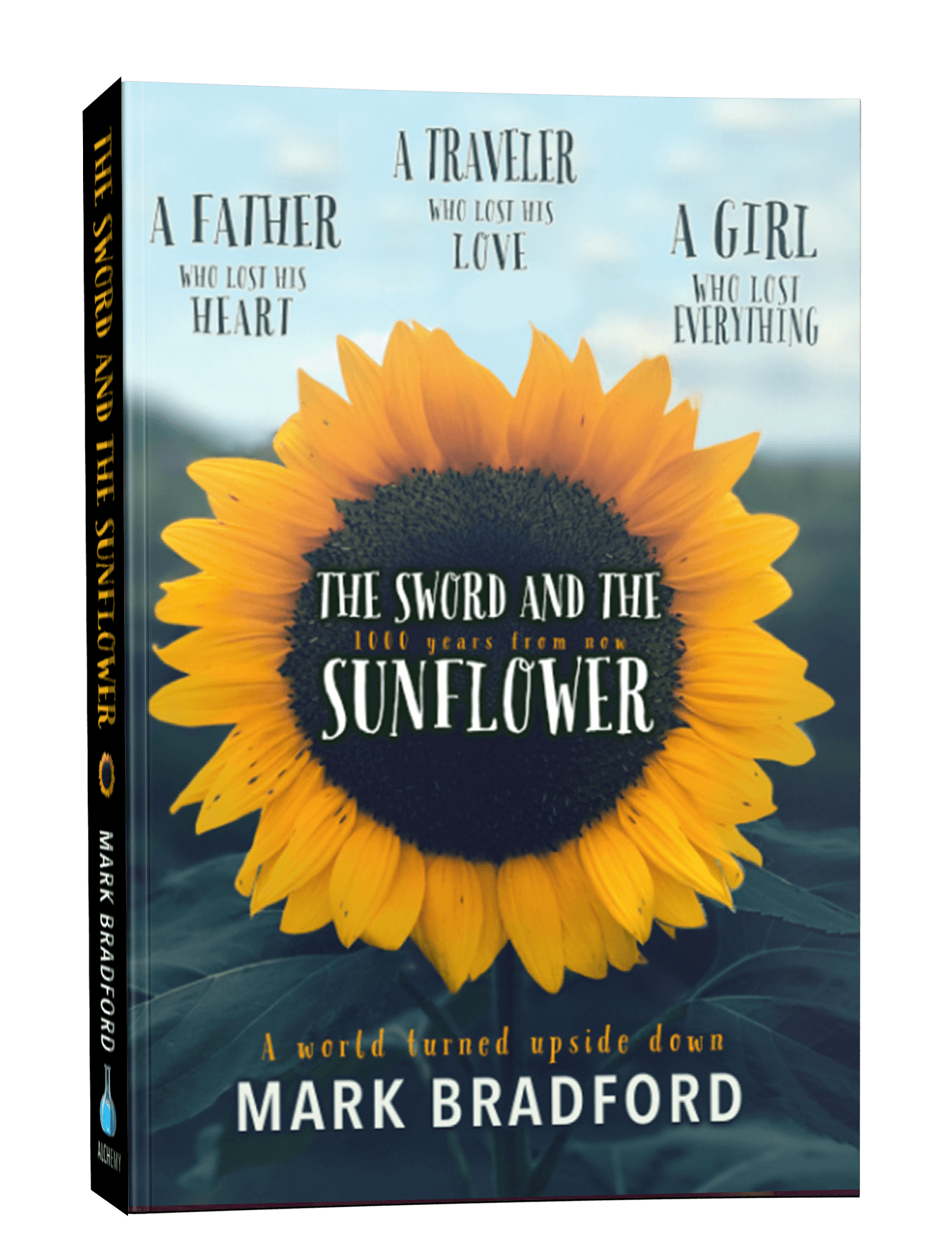 An epic fantasy set in a world 1,000 years from now after a catastrophe has taken 90% of the population.  An experiment in an attempt to gain free energy opens a door—and allows entities through.  They settle in the “soft spaces” and a millennia later are known as the Saints.  1,000 years later in a stable medieval society, a father who has lost his heart takes one last job—to assassinate a man he’s never met.  What he finds changes him forever.

This fantasy adventure explores the aftermath of such a catastrophe, in a new world distant yet familiar to us. It questions our concept of family and challenges beliefs—all through the eyes of three strangers that have no business coming together.

Each one impacts the life of the other, in ways they could not have known.

A prophecy or just a poem?

“It forces the reader to question existentialism, world structures, cultural development and religious fervour. It’s not just about a coming of age of the individuals we meet, but of entire populaces and the world at large.

“I couldn’t recommend this book enough. I actually believe it should be read at the high school level for young adults as well. It forces the reader to question, grow and learn to question the world around them and the world living within themselves.”

“…The writing is superb, with a flowing narrative quality that never jars, and often reads in poetical phrasing with beautiful timing and sound-play. What results is an epic fantasy journey that is closely connected with our own world, driven strongly by its characters and their deepest pain, but ultimately leads them towards a wider perspective and a fulfilling conclusion that will stick with you long after you close the covers. Overall, The Sword and the Sunflower is a highly recommended read.”

Now that a saint has met his demise at their hands, Anastazja and Stojan find that they have become the two most wanted people in Amira.

The pair makes their way across the great land in search of the one thing they already possessed: each other.  They must not only reunite but bring an end to the reign of the saints.

Though the may save Amira from further harm they find that their homeland is threatened by the last and most powerful saint—the one that opened the door in the first place.

The epic conclusion to the duet.

Mark is a unique writer in so many ways. His vision, storylines and message to his readers is fantastical, metaphorical and almost prophetic. He takes such a grand concept, breaks it down into beautiful parables and all the while you’re transported on an incredible journey of love, family, life and a coming of age. Of second chances.

I cannot recommend this duet enough.

If you liked The Sword and the Sunflower you will absolutely love Amira! It’s filled with adventure, love and redemption and you will not want to put it down.

This book is like those rare sequels that are better than the original. I loved the first book, but this one left me emotional in the end. It truly came full circle in such a way that left me feeling almost sad that I won’t be able to see more.

Amira is scheduled for summer release and  is available for ARC (Advance Reader Copy) reviews.

Write to reviews@markbradford.org to obtain a copy for review. 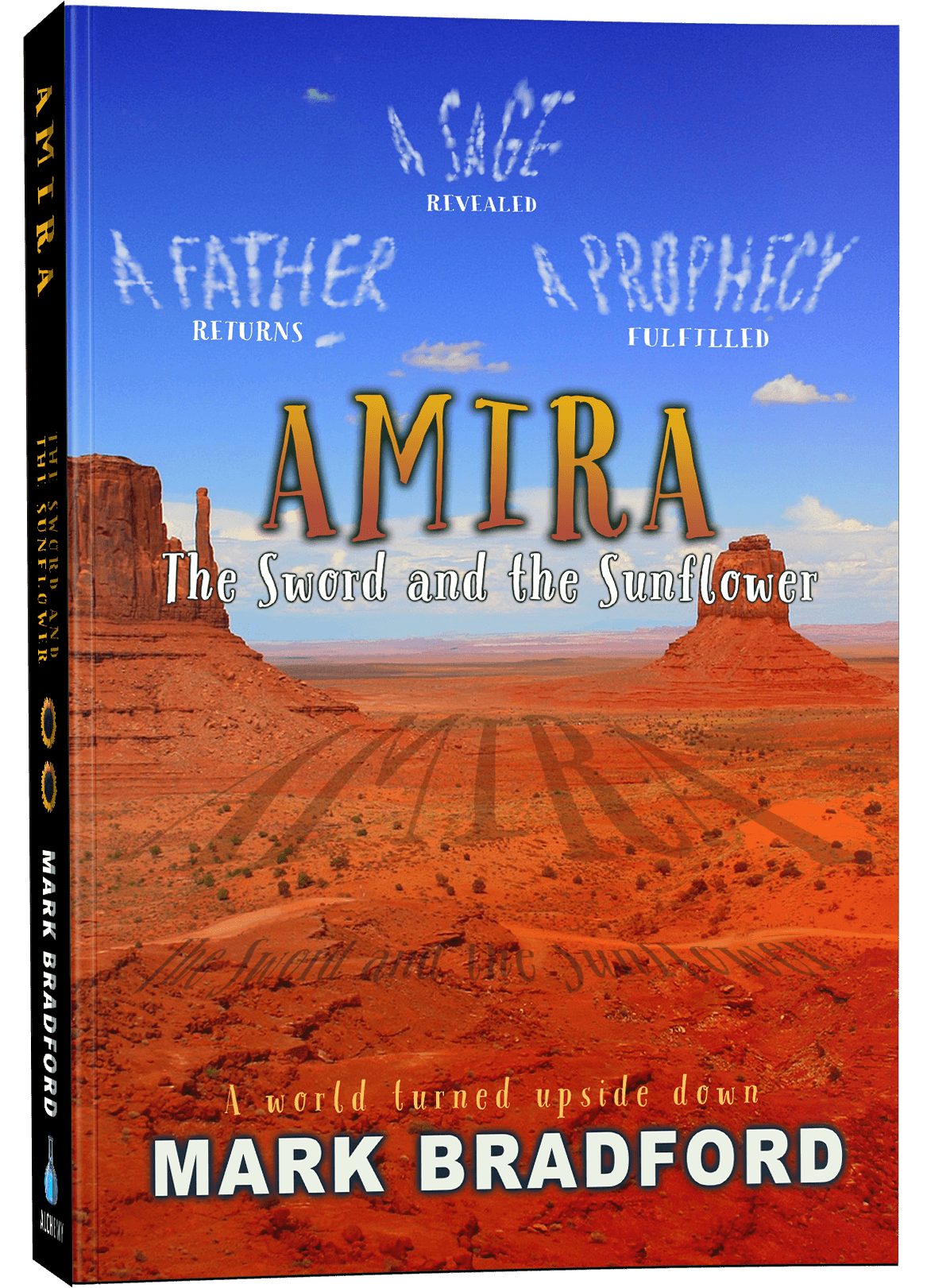 Mark Bradford is an author, speaker, podcast host, coach and builder. He invests a great deal of time and effort researching a subject to come up with an explanation for it that everyone can understand. His podcast interviews as well as his experiences have taught him what life’s made of, time management tricks, what multitasking really is, and even how both order and chaos benefit our lives.  15+ year business owner, he also is a full stack web developer.

It is in his nature to build things that fix, augment or create a solution. The fruits of his labors have been a dating site, four books and a card game.

Mark speaks to professional associations, groups and businesses about status, time, energy and resources, and how we all connect.

His latest duet—a coming of age story—The Sword and the Sunflower and Amira is a story about a father who loses his daughter and the aftermath of such an event, a traveler who loses his true love, and a girl who loses everything.  It’s set in a speculative future. 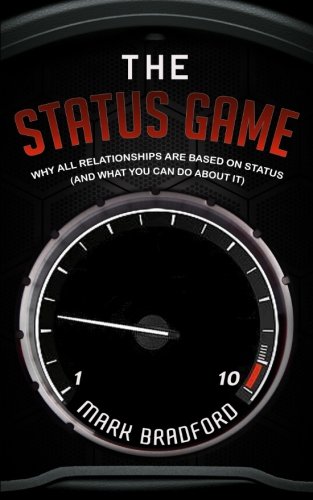 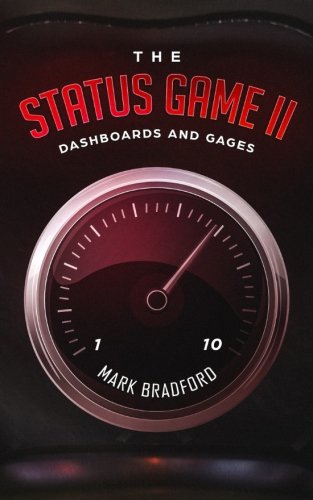 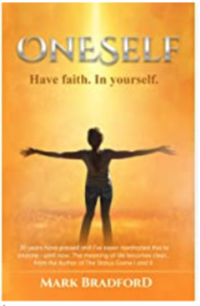 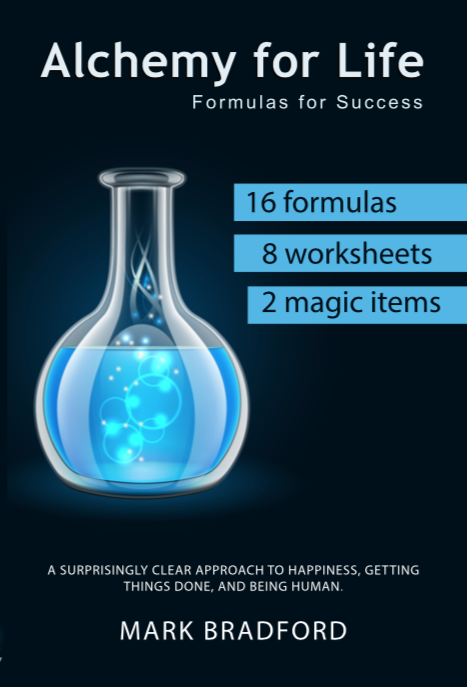 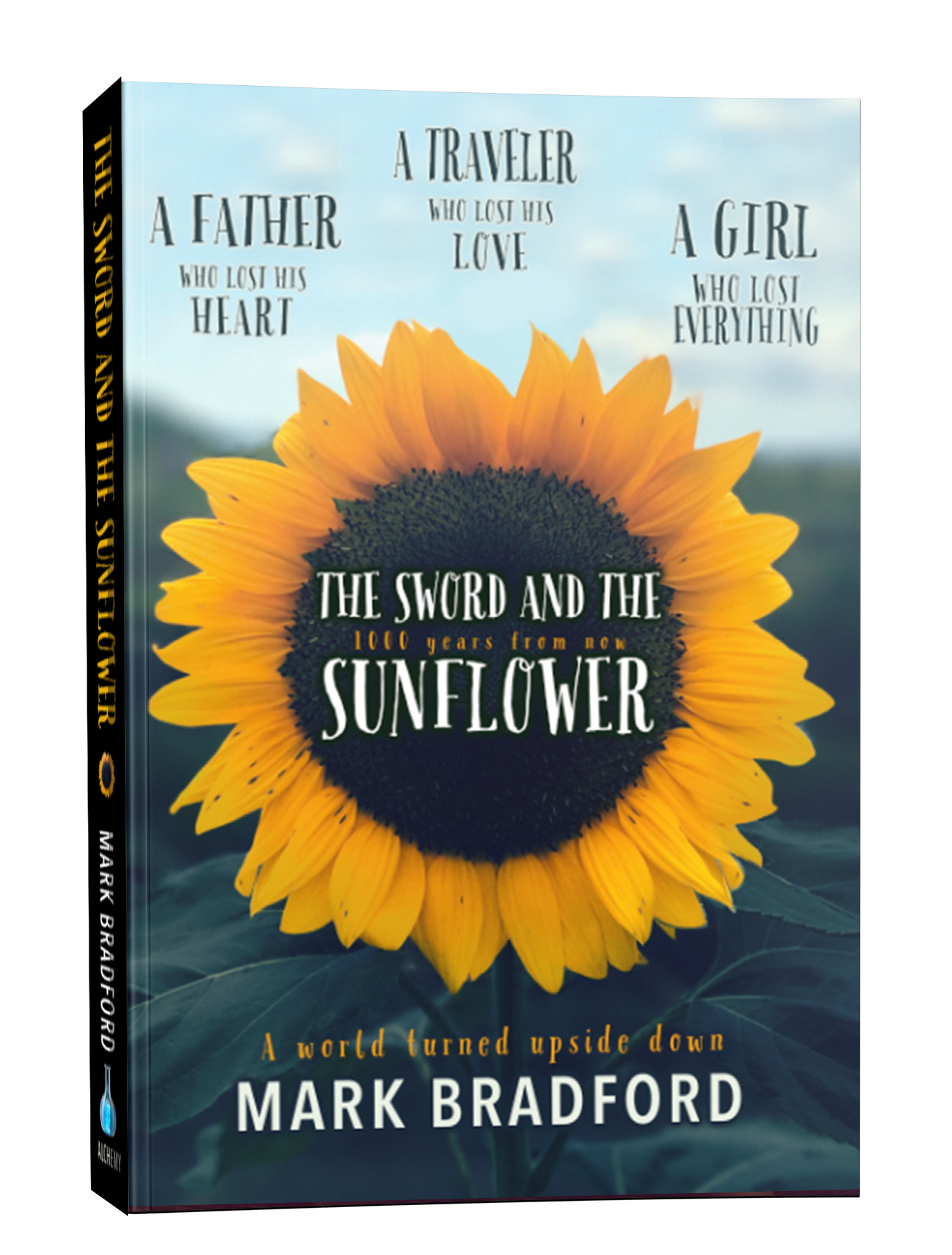 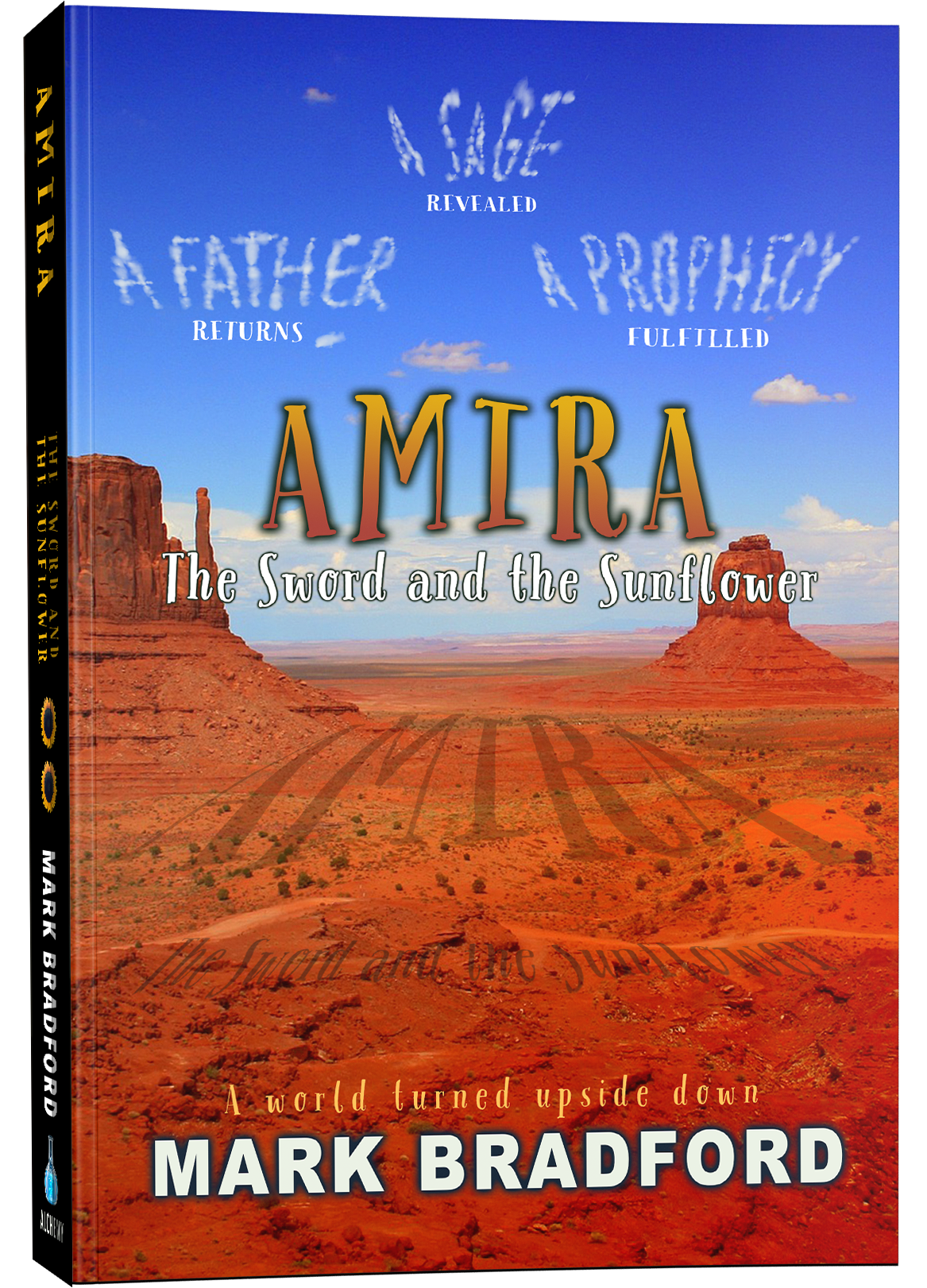 The Sword and the Sunflower available for pre-order. Use the link to get the first FOUR chapters.
Author | Podcast | 5 books
#author

Do you ever think about accents when reading dialo

I needed this today. Was looking for a quote about

Mark Twain is one of the gentleman on my wall for

Friedrich Nietzsche is one of my favorite philosop

Do you write for you, or them? Do you read the st

In which three travelers encounter something super

Agree? When I was writing the end to Amira I was

Good morning. New episode live if you want to hea

Audiobook sneak peek for all those that requested

The mixed media of fiction and non-fiction

Mark Bradford uses the mixed media of fiction and non-fiction.  Wording is artistic and artful, drawing upon a half-century of experiences.

The high art of distilling

Perhaps Mark bradford’s kryptonite is his intense desire to distill and explan complex issues to others.  Dealing in abstractions and converting them to simple, tangible information can certainly be a high art.  Each podcast is only ten minutes for articles, and interviews can go up to 60 minutes.